On September 12, 2012, Yale New Haven Hospital (YNHH) acquired the assets of the former Hospital of Saint Raphael, located within blocks of each other in New Haven, Connecticut. The results achieved have exceeded expectations across all performance dimensions, including the efficient expansion of clinical programming at an otherwise underutilized campus, significant cost savings, and a stabilized workforce. The Saint Raphael Campus has become the growth engine for the medical center, and houses a number of key centers of excellence, such as musculoskeletal and specialty geriatric care.

To date, YNHH has invested over $240 million in the Saint Raphael Campus, making efficient use of a previously underutilized campus to increase access to local care. The investments include the implementation of Epic, replacement of chillers, generators, upgrade of interventional cardiac laboratories, creation of an ambulatory surgical center (McGivney Advanced Surgery Center) and renovation of five inpatient units (Sister Louise Anthony 3 and Verdi 4 North, Verdi 4 East, Verdi 4 West and Main 6). 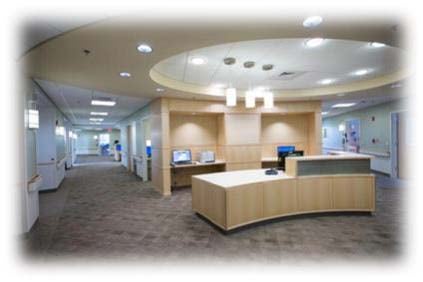 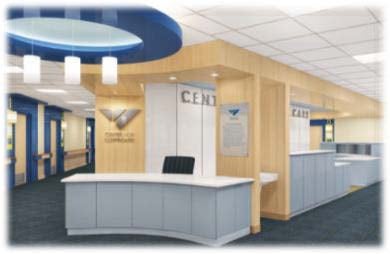 To support the growth of musculoskeletal services, YNHH renovated two 17-bed units, Verdi 4 North and Verdi 4 East units. The units were designed specifically to meet all aspects of musculoskeletal patient care needs. YNHH also created the McGivney Advanced Surgery Center, which specializes in same-day hip and knee replacements. Patient comments regarding their experience at the Surgery Center have been very positive.

Verdi 4 West underwent extensive renovations to become a 22-bed specialty geriatrics care unit. The unit was designed to establish a prototype of advanced safety and acute care for the elderly. It was designed by renowned architect Michael Graves, and includes innovative features for fall prevention and cognitive support.

Consistent with the commitments made to the Federal Trade Commission and the Connecticut Office of Healthcare Access, a common core of medical, surgical and emergency services was created at both campuses. Cardiac surgery, pediatrics, obstetrics and major trauma services were consolidated to the York Street Campus. Bariatric services, specialty geriatric and adult non-trauma/oncology musculoskeletal services were consolidated to the Saint Raphael Campus. The consolidation of specialty services provided a growth path to provide specialized and targeted care for these patient populations, while putting to best use in an efficient way the infrastructure of the Saint Raphael campus as a destination for certain specialty care. 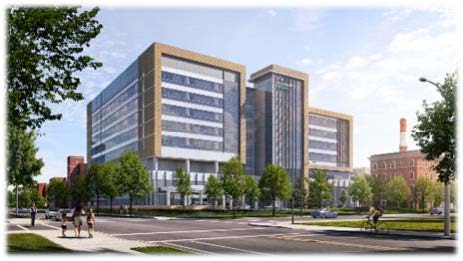 Most recently, the Saint Raphael Campus has allowed YNHH to successfully care for over 6,150 COVID patients across our medical center and achieve one of the lowest mortality rates for academic medical centers nationally (8.8%). Without the Saint Raphael Campus, YNHH would have been unable to care for these patients in a safe manner due to capacity constraints driven by COVID that were otherwise alleviated by the ability to coordinate and plan across two campuses in New Haven, Connecticut.

At the time of its acquisition of the Hospital of Saint Raphael, YNHH faced capacity constraints due to growing demand for inpatient care. The Saint Raphael Campus provided a much needed solution to serve patients and meet growing demand while avoiding a capital intensive build of a new tower on a new site in New Haven. Instead, YNHH was able to grow services within the existing infrastructure and footprint at the Saint Raphael Campus. As inpatient volume continues to grow, YNHH will now utilize the same infrastructure and footprint to house a new patient tower (which would have been much more expensive if built on a new site in the city). As announced in 2019, an $800 million investment will be made at the Saint Raphael Campus in the coming years to enhance access and create a center of excellence in clinical neurosciences. The 505,000 square feet project will include inpatient beds, interventional laboratories, operating rooms and advanced radiology services. Planned clinical programs include epilepsy, neurovascular, brain tumor and neuro-restorative care, among others.

In order to make sure that YNHH had a strong workforce to provide patient care, and consistent with our organizational values, YNHH preserved employment for most Hospital of Saint Raphael employees who have provided a high-quality workforce to support the efficient growth of YNHH at the Saint Raphael Campus. Ultimately, 3,497 employees successfully transitioned to Yale New Haven Hospital at their existing pay rates on September 12, 2012, without any gaps in pay or benefit coverage. YNHH built a strong partnership with the Teamsters union at the Saint Raphael Campus, and established the Catholic Heritage Committee to ensure that we continue to respect the tenets and legacy of the Sisters of Charity of Saint Elizabeth, the founding sponsors of the Hospital of Saint Raphael. 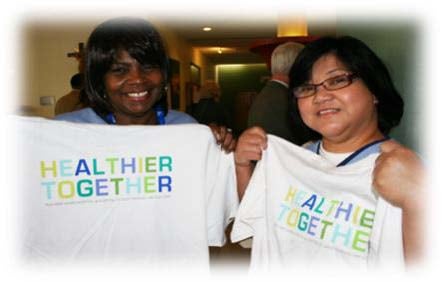 SRC Staff with Healthier Together T-shirts.

Since the integration in 2012, 2,477 current employees at the Saint Raphael Campus have benefited from a wage-market adjustment and over 1,100 are taking part in career ladders to further advance their careers within the organization. In addition, since 2012, 700 employees have been added to the Saint Raphael Campus, predominantly in clinical care (43%) and non-clinical support services (24%) positions.

The integration of the Saint Raphael Campus into Yale New Haven Hospital has provided us with much needed inpatient capacity to grow our clinical programs in a cost-effective manner. As of end of fiscal year 2020, $638 million had been achieved in terms of cost savings, significantly exceeding our initial cost saving estimates.