Please join AHA Board Chair Rod Hochman, M.D., as he presents the fourth Leadership Rounds discussion of 2021. Dr. Hochman will continue the series that AHA launched last year and will host conversations on a range of key issues facing the field with hospital and health system leaders from across the country and other special guests.

Dr. Hochman is joined in April by Stacey Stewart, president and CEO of March of Dimes, and present her with AHA’s 2020 Award of Honor for her organization’s work during eight decades to improve health outcomes for mothers and babies.

They discuss the incredibly important efforts of the March of Dimes in a number of areas. This organization is doing so much on behalf of moms and babies as it works to:

The conversation touches on many other critical issues, including ensuring the health of pregnant women and babies during the COVID-19 pandemic, and working across sectors to improve health outcomes for all.

Joining Dr. Hochman on His Rounds 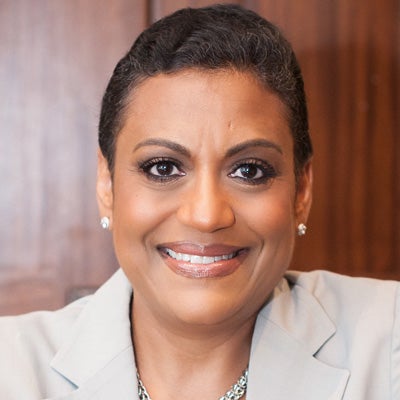 President and CEO of March of Dimes

Stacey D. Stewart, President and CEO of March of Dimes, joined the organization as its fifth President on January 1, 2017. In this role, Stewart heads the organization leading the fight for the health of all moms and babies. She is responsible for all aspects of the organization's strategy, vision and operations.

Stewart came to March of Dimes from United Way Worldwide, where she held several positions, most recently serving as U.S. President of United Way, the nation's largest nonprofit organization. There she provided strategic direction for more than 1,000 local United Ways. Stewart was also responsible for United Way's national efforts in education, financial stability and health as well as guiding efforts to enhance the brand and grow revenue. Stewart spearheaded the transformation of United Way from a pass-through fundraiser to a leading organization for local community impact. Prior to becoming U.S. President, Stewart served as Executive Vice President, Community Impact Leadership and Learning. In this role, Stewart developed global partnerships to advance community impact in more than 40 countries.

A business veteran, Stewart has also held a number of senior roles, including Chief Diversity Officer and Senior Vice President for the Office of Community and Charitable Giving at Fannie Mae, as well as President and Chief Executive Officer for the Fannie Mae Foundation. Additionally, Stewart has an extensive background in finance and investment banking, having served as Vice President for Pryor, McClendon, Counts & Co., and as a senior associate for Merrill Lynch, specializing in financings for state and local governments.

Stewart has a master's of business administration in finance from the University of Michigan and a bachelor of arts in economics from Georgetown University. She also holds honorary degrees from Trinity University, Morgan State University, Texas Southern University, Lincoln University and Alabama A&M University. She currently serves on several boards nationally and in the Washington, D.C. metropolitan area.

Stewart is married to Jarvis C. Stewart, the Chairman and Managing Partner of I + R Media, LLC, a strategic communications firm based in Washington, D.C. The Stewarts have two children, Madeleine and Savannah.